Meeting dates/times are subject to change. Watch for agenda postings. 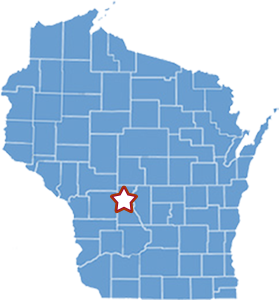 However, there were people residing in the area that became the Town of Cutler well before its date of foundation. One of the first families to settle in the area of what is now Cutler was the Edward Cripps family. They settled in 1870. Many other families eventually settled in the area as well and in 1884 the local post office was established under the name of Duester. The name was changed to the Cranberry Center Post Office in 1892 and finally to the Cutler Post Office in 1913. The post office remained open until 1944. 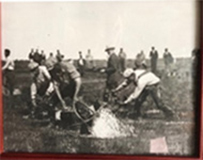 Cutler was a very busy place in the late 1800s-1900s. Many people were employed by G.H. Kruschke at the local cranberry marsh. Over 200 people were employed each year to help with harvesting the cranberries that were shipped on the railroad line that ran through Cutler. A large fire destroyed the cranberry marsh in 1894. Other families were growing cranberries in the area, this helped to maintain the history of the cranberry, which is still very important in Cutler today. One of those families was the Clark Treat family; in 1923 Guy Potter bought Treat’s marsh, named it Cutler Cranberry Company, it still exists today.